COVID-19 and terrorism: some impacts in brief 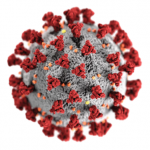 The implications of the COVID-19 pandemic on terrorism is evolving. At present, there is key evidence that terror groups are capitalising on the pandemic environment to push their ideological narratives into new domains. Australia is not immune from the effects of the pandemic on its terrorism landscape as terror attacks inspired or directed by terror groups globally endure.

Terrorist propaganda emanating from terror groups across the ideological spectrum are exploiting the pandemic to further their cause – from recruitment and radicalisation to the incitement of attacks. Right-wing extremist groups are spreading conspiracy theories connected to the pandemic which have inspired terror plots and attacks.

Religious justification to advocate for violence is a core feature of Salafi-jihadist ideology and associated propaganda. Islamist terror groups continue to incite direct violence against non-Muslims in Western countries, as evidenced on March 31, the al-Qa’ida affiliated as-Sahab Media Foundation in a broadcasted message in English and Arabic argued that COVID-19 and “all that it has wrought of death, sickness, and economic downturns” was a form of Allah’s torment. It also urged Muslims to “repent” for sins and “call people to Jihad.”

Development and Proliferation of Ideology

The social conditions created as a by-product of the pandemic are being exploited by terror actors. The proliferation of terrorist ideological narratives on social media is not a new phenomenon. But now, these narratives are finding greater relevancy to vulnerable audiences worldwide. Extremist ideologies are stoking societal tensions and are manifesting, particularly in the United States, in protest activity.

In the main, many more people around the world are spending significantly greater time at home, and as a consequence individuals have the capacity to spend greater amounts of time online – an environment conducive to radicalisation. These conditions have contributed to a significant increase in online extremist behaviour further enabled by the aforementioned two factors.

Of particular concern are terror groups and affiliates encouraging adherents to contract COVID-19 and thereafter spread the virus amongst targets of value. Interest in COVID-19 as a biological weapon is alarming, Professor Andrew Silke of Cranfield University, who published a report in conjunction with Pool Re (Pool Reinsurance Company Limited) warned “one genuine concern is that COVID-19 may lead to a resurgence in interest among terrorists for using chemical, biological, radiological and nuclear weapons…While serious obstacles certainly remain, the huge impact of COVID-19 may re-ignite some interest in biological weapons.”

Some terror groups, particularly Boko Haram in Sub-Saharan Africa and Islamic State in Syria and Iraq, have sought to capitalise on the COVID-19 restrictions including lockdowns, in pursuit of territorial expansion. Terror groups’ leadership has justified this push via ideological doctrine and are exploiting social and political conditions to consolidate operations and gain territory.

Concern exists that the economic and social circumstances manifested as a result of the virus, may make the circumstances of population segments worldwide ideal conditions for the rise or evolution of terror narratives and groups. When people perceive that the government has failed them, a sense of trust in authority is eroded and may contribute to social grievances which may manifest violently. This challenge may be compounded by how the pandemic affects international cooperation and the agencies that support this. Continued assessment of how the pandemic affects the evolution of terrorism in the longer-term is essential for our understanding and to inform government and law enforcement strategy.

Stratium Global’s team of experts can help your organisation by building a COVID-19 response plan, reviewing and updating your current plan, and developing your training. Register today to our monthly newsletter: click here.