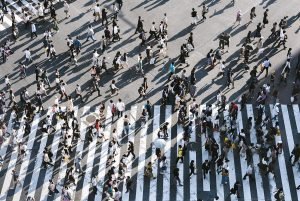 In a submission to parliament’s intelligence and security committee seeking to justify new powers in a proposed bill, ASIO warns of a rapidly evolving security environment in Australia, where the terrorist threat remains unacceptably high and there are unprecedented levels of espionage and foreign interference.

The government is seeking to expand the powers available to ASIO, including lowering the minimum age for using compulsory questioning powers on a person suspected of planning a terror attack from 16 to 14. The powers would also be expanded for use in investigations into espionage and foreign interference.

ASIO argues a growing number of young people are being radicalised and “ensnared in the streams of hate” by Islamist and far-right groups. The organisation also believes the coronavirus lockdown may have increased opportunities for extremists to target young people because of longer hours being spent online.

Since May 2015, one terrorist attack – the murder of NSW police employee Curtis Cheng by a 15year-old – and three disrupted plots, have involved teenagers under the age of 18.

ASIO investigations have discovered foreign interference operations directed at government and industry figures, the media, members of diaspora communities and commercial investment decision-makers. Specific countries weren’t named but China has been under increased scrutiny lately and has been blamed for large-scale hacking operations in Australia including a 2019 cyber-attack on Australia’s parliament and three largest political parties and the Australian National University, amongst others.

The number of Islamist extremists incarcerated over the next five years will rise, ASIO cautions, especially if Australian citizens return from the conflict zone. This could increase the radicalisation of other prisoners as they are exposed to Islamist extremist ideology. Additionally, a number of terrorism offenders are scheduled to be released from prison over the next five years. These individuals may be held in high regard among their peers and therefore in a better position to recruit others.

Stratium Global Analysis: Laws which came in to effect in 2003 gave ASIO powers to obtain warrants to qu estion a person for up to 24 hours in relation to a potential terrorism offence, or to detain and question them for up to seven days. Under the proposed new laws, the question and detention power – which has never been used – will be removed. The questioni ng power, used by ASIO 16 times since 2003, will be strengthened to make it a criminal offence not to attend and extended to include espionage, foreign interference, and politically motivated violence. ASIO would also be able to question 14 year olds, down from the current minimum age of 16, but only if the minor was suspected of planning a politically motivated attack.

The Australian threat environment remains dynamic. Stratium Global can help you understand how this evolving environment may impact your organisation and what steps to take to ensure preparedness.